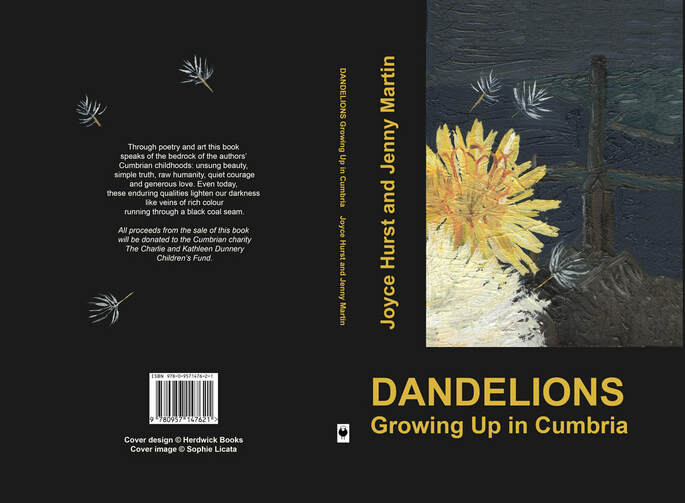 The book blurb and the oil painting of a tiny clump of dandelions brightening a corner of a dismal demolition site speak to the themes of my cousin, Joyce's, and my poems.

Family photographs and drawings in the interior complement the poems, two being used for artists' impressions. The book, a limited edition hardback, raised several hundred pounds for The Charlie and Kathleen Dunnery Children's Fund. 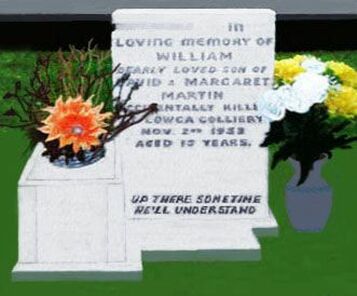 William's parents and his uncle, my father, had died long before documents were released from the National Archives confirming my father's opinion that his nephew's death was, in modern parlance, 'an accident waiting to happen', and in the words of the then Chief Inspector of Mines 'this shocking case' which led to immediate safety improvements in our coal mines.
.
The image of our cousin's grave in a bleak, windswept churchyard overlooking the sea is on the last page. On the computer, I tidied a family photograph of his grave to honour his memory in perpetuity because keeping the grave clean and tidy had proved impossible for the family.